New World Notes News
Volume 1, Number 19 -- November 15, 2008
An archive of this newsletter is now available on the World Wide Web. At the same site you'll also find links for downloading audio files of past shows, a few interesting links elsewhere on the Web, a Search function, and the opportunity to comment on any newsletter issue. I plan to add a collection of graphics and additional interesting links in the near future. Pay us a visit at http://newworldnotes.blogspot.com/
This week in New World Notes, #40 -- November 18 & 21:

I've learned a lot of American history since the show began last February. This knowledge has been a bit of a comfort. Decisions made by our rulers now seem less bizarre, more rational, more predictable. I'm not saying more justifiable. I'm not saying less obscene. But less inexplicable. It's probably been done before, and the real reasons this time are likely the same as the last time.

You begin to see patterns. For instance, you see the same plot-lines used in one official story and then the next and the one after that. The same stock characters. The same outcome. Even the same rave reviews from the critics: "This report [or presentation to the UN General Assembly] should put to rest any lingering doubts."

Here are just a few well-worn plot elements. An important figure is murdered or a preventable calamity occurs. A blue-ribbon commission is appointed to investigate. The commission issues a weighty report that pins all the blame on one human misfit, who acted alone and without informing others. I use the generic term "lone gunman," but the category includes also lone ship's captains (Exxon Valdez), lone cult leaders (David Koresh), and lone Mad Scientists ("Anthrax Bruce" Ivins). How the culprit is reported to have done the deed strikes many people as theoretically possible but highly unlikely.

Unfortunately for most of us, lone gunmen tend to die before they can testify in court. 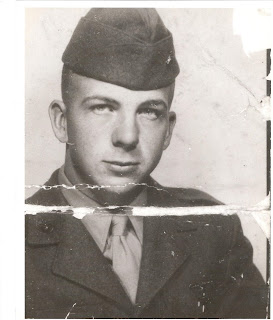 Early on, political scientist Michael Parenti scoffed at the government's Official Fairy Tale [OFT] of JFK's assassination (45 years ago this week). In a fiery, funny, and persuasive speech from 1993, Parenti demolishes the OFT and the intellectuals who defend it. 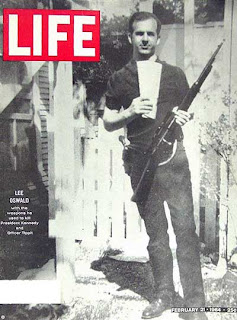 In this installment and the next, New World Notes replays most of this wonderful speech--condensed and somewhat reorganized by yours, truly. This week, Parenti hilariously debunks the official story of Lone Gunman Lee Harvey Oswald. I supplement this with the similar and equally unlikely story of Oswald's latest incarnation, Mad Germ-bomber Bruce Ivins. 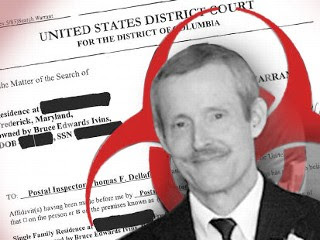 Next week's installment (#41) focuses on the large role in Kennedy's murder of "the National Security State"--of which Oswald had been a small part. Parenti and I are joined by novelist, essayist, and historian Gore Vidal.

(1) Lee Harvey Oswald in Marine Corps uniform, ca. 1958. Did the Marine Corps give many other "misfit loners" high security clearance, then assign them to a top-secret reconnaissance-mission air base in Japan? Did the Corps let many other misfit loners keep their high security clearance after they suddenly began praising Communism and addressing fellow Marines as "Comrade"? No wonder the Commies won the Cold War!

(3) Dr. Bruce Ivins: ABC News background graphic. The graphic clearly reveals the scoundrel's guilt. He looks gay, too. Oh, wait . . . that conflicts with our "Kappa-Kappa-Gamma fetish" narrative. Forget the gay part. . . . Unfortunately, he died before he could testify in court. Lee Oswald had the same misfortune. And James Earl Ray (MLK murder). And. . . . Lone Gunmen ought to take better care of their health!

Posted by Kenneth Dowst at 6:51 AM

Kenneth,
Great blog! I'll d/l a show or 2 and give a listen!
Love, Mom