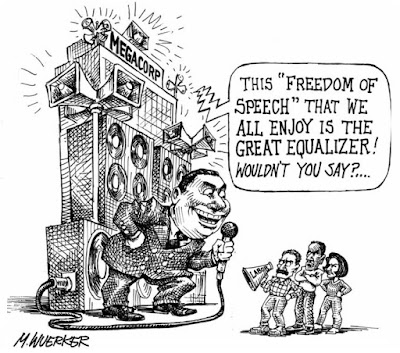 In this new talk, political scientist Michael Parenti refutes the claim that the "free enterprise" system (capitalism) promotes both democracy and prosperity.