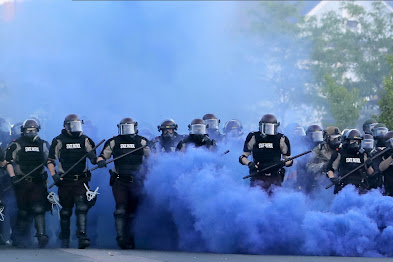 (Click to enlarge)
Various perspectives--all of them critical--on the police. The show includes a comedy sketch by Marlon Wayans, a song by David Rovics, and two recordings, from the 1960s, of Malcolm X.
KD reads from historian Jill Lepore's recent article, "The Long Blue Line" and also tells of a recent killing (of Jose Soto) by police in his own town. 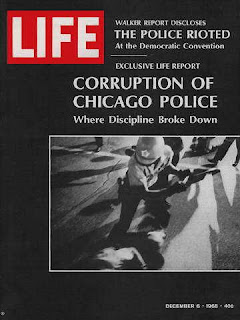 Chicago, 1968: When my own understanding
of police forces began to change
Jill Lepore's article, "The Long Blue Line: Inventing the Police," appears in The New Yorker magazine, July 20, 2020.
New World Notes is produced under the auspices (Latin for "inflexible deadlines") of WWUH-FM, a community service of that beacon of light in darkest Connecticut, the University of Hartford.
Posted by Kenneth Dowst at 11:05 PM