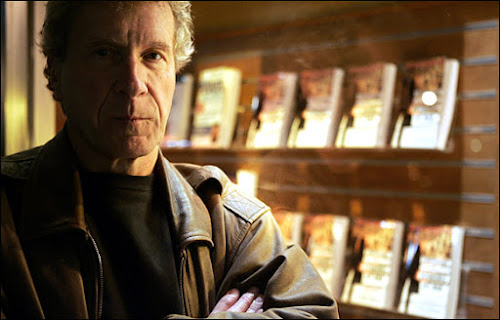 John Perkins
"Economic hit-man" John Perkins tells fascinating behind-the-scenes stories of exactly how the US-based corporate empire imposes its will (& greed) on developing countries.
In Part 1, he tells how the US overthrew Iran's democratic government in 1953 ... how he himself was recruited by the NSA & trained to serve the empire ... and of his early failures to corrupt the governments of Panama & Ecuador (ca. 1980). (Time to send in the "jackals"!)
In Part 2, Perkins explains the real reason the US invaded Panama and overthrew Noriega in 1989. And he tells of his (and the Empire's) great success in Saudi Arabia--a "success" that ensured future disasters.
Recorded by John Schwenk on January 10, 2005, in West Hartford, CT. Many thanks to John for the recording--which I have slightly condensed for radio broadcast.
Previously broadcast, as NWN #191-192, in 2011.
Posted by Kenneth Dowst at 12:46 PM