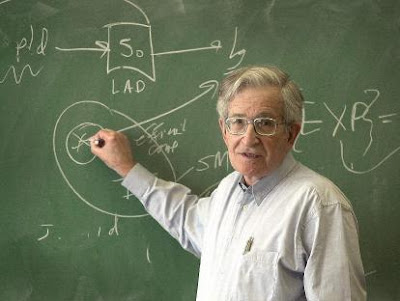 Invited to speak on "the future of capitalism," Noam Chomsky first shows that the actual U.S. economic system is very far from real "capitalism." It is essentially socialism-for-corporations. And the political system actually in place is far from "democracy." Chomsky shows why "plutocracy" is the more accurate term.

So Chomsky will discuss not actual capitalism or actual democracy but instead what he calls "really existing capitalist democracy"--the system that actually exists in the United States.

Alas, its future--and that of the planet--seem grim. Chomsky describes how--for the sake of short-term profit--the leaders of the world's most advanced (alleged) capitalist democracy are working hard to bring about environmental catastrophe as rapidly as possible.

In this powerful and moving speech Chomsky again displays his typical clarity, mastery of fact, and deadpan ironic wit. 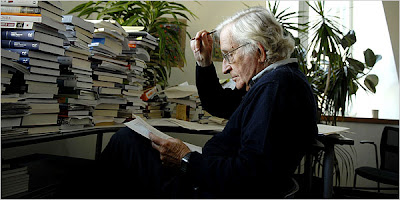 Chomsky spoke at Northeastern University, in Boston, on February 25, 2013. Recorded on location by Chuck Rosina.

New World Notes is produced under the auspices (Latin for "spreading chestnut tree") of WWUH-FM, a community service of that beacon of light in darkest Connecticut, the University of Hartford.