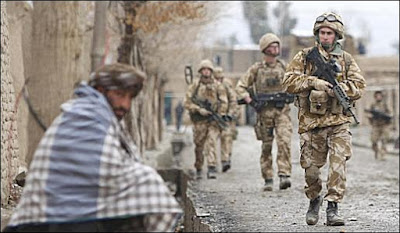 Why are at war in Afghanistan? Four figures (including me) explore. Steve Fournier questions why H. Clinton called suicide bombers "cowards" while the US is bombarding wedding parties by remote control. David Model (read aloud) lucidly explains the real reason for this war. In a brilliant speech, Afghan activist Malalai Joya denounces the cruelty and hypocrisy of Bush, Obama, Karzai, NATO, the warlords, and the Taliban.

This program was previously broadcast (as NWN #93) in December 2009. Alas, hardly a word needs to be changed! A couple names are now different--e.g., the president of Afghanistan is now named Ohani, not Karzai.