War and Religion (plus LIVE on WWUH) 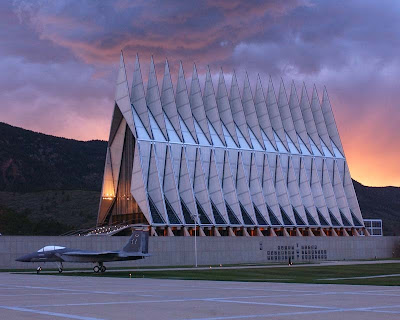 This week on other stations and on mp3:

A look at the interplay among four forces: propaganda, the state, religion, and war. The war songs "Praise the Lord and Pass the Ammunition" and "The Battle Hymn of the Republic" are analyzed. (They let children listen to this blasphemy?)

One focus is on those enablers of state-sanctioned bloodbaths: military chaplains (a.k.a. "sky pilots"). Plus an expose' of rampant Christian evangelizing by the leadership--not least by the sky pilots--at the U.S. Air Force Academy. 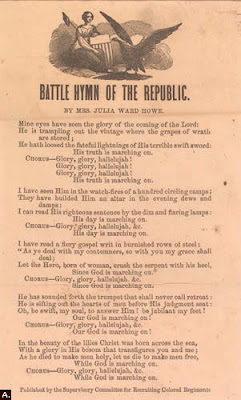 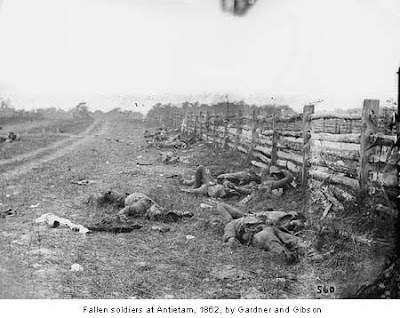 Top: Sacrilegious war propaganda. The more you slaughter the rebels, the more Christ-like you are, sez poet Julia Ward Howe (1861). The fine print at the bottom reads, "Published by the Supervisory Committee for Recruiting Colored Regiments." (Click to enlarge.) Bottom: Antietam, 1862.

This is a replay of an old installment--#5, from March 2008--never before heard outside Greater Hartford--and now available for the first time on the Internet.

"Praise the Lord and Pass the Ammunition," as heard in this installment, was recorded by Kay Kyser and his Orchestra in 1942. 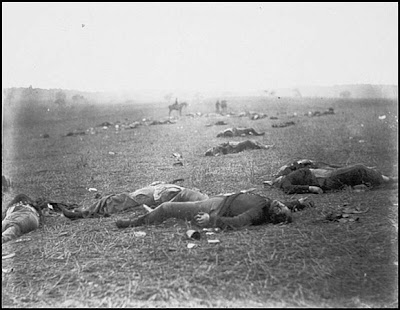 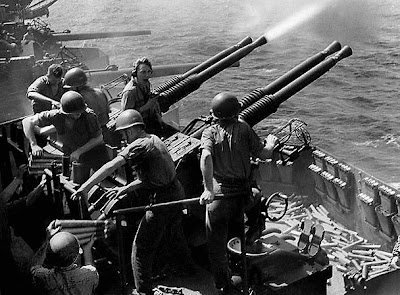 Top: Gettysburg, 1863 (photo by Matthew Brady). Bottom: "Praise the Lord and Pass the Ammunition"--another rollicking, "God is on Our Side" war song (1942). The former phrase was coined by (what else?) a chaplain. Shown: 40 mm Bofors antiaircraft guns, quad-mounted on the carrier USS Hornet during World War II. To the left, sailors are passing--and loading--the ammunition. The tubes in the right middleground are spent shell cases.

Posted by Kenneth Dowst at 6:58 PM