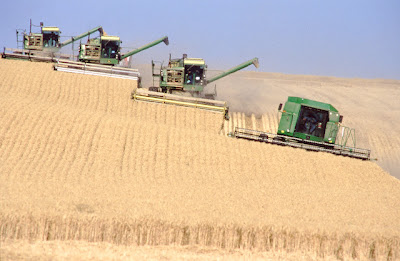 The price of food spiked in 2007-2008, greatly increasing hunger--and triggering food riots--worldwide. The riots drew attention to the bizarre system now in place, in which a handful of huge, vertically integrated corporations control food production and distribution globally. They are aided by corrupt transnational institutions such as the World Bank and corrupt national governments.

And financial speculators know that food bubbles can be just as profitable as high-tech bubbles and housing bubbles--even if they involve starving a few dozen million additional people.

This installment features a lively discussion of such matters by food-and-agriculture experts Katarina Wahlberg and Raj Patel (recorded in 2008) and a reading of Paul Craig Roberts' recent essay, "Chelsea's Wedding: Let Them Eat Cake." 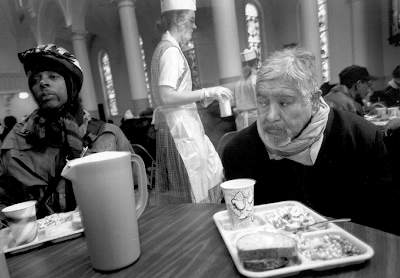 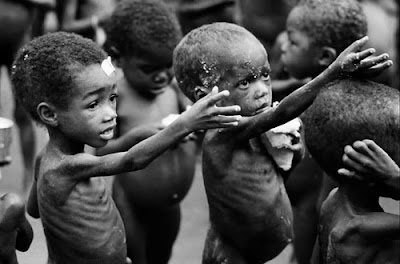 This installment on agriculture is the first of a series. We'll have the next installment (insh'allah) in three weeks.

Thanks to the weekly radio program "Building Bridges," and to producers Ken Nash and Mimi Rosenberg, for the Wahlberg-Patel dialogue.

I have condensed Paul Craig Roberts' essay. The original is printed here. Thanks to Roberts and to counterpunch.org . 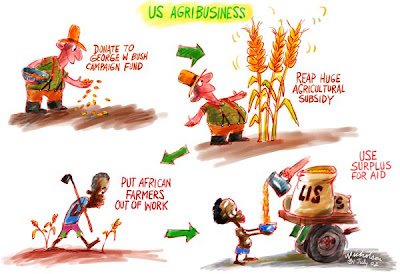 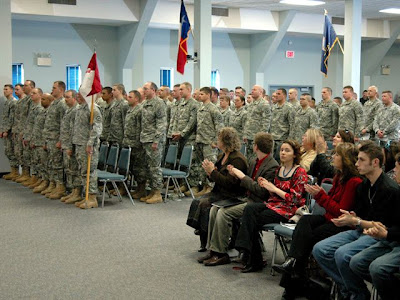 Bottom: In the background stands the Kansas National Guard Agribusiness
Development Team, shortly before being packed off to Afghanistan. What
the heck?? By now you know I'm not clever enough to make stuff like
this up. Check out the Official Story.

Posted by Kenneth Dowst at 6:13 PM