This Is Where We Take Our Stand


'This Is Where We Take Our Stand'

In brief
A handful of U.S. veterans of the Afghanistan and Iraq wars--now opposed to such wars--meet, talk, and organize. Then, at the Winter Soldier 2 hearings in 2008, they testify publicly to what they saw and did, including the atrocities and war crimes they witnessed. They reveal, touchingly, the psychological burdens veterans now carry.

This week, New World Notes plays selections from the gripping and ultimately hopeful video documentary--scheduled for broadcast in January on PBS stations that choose to air it. 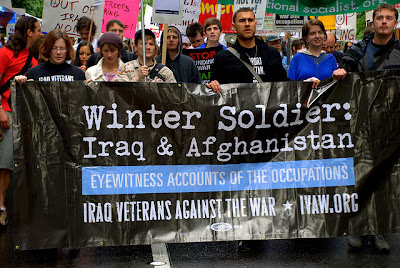 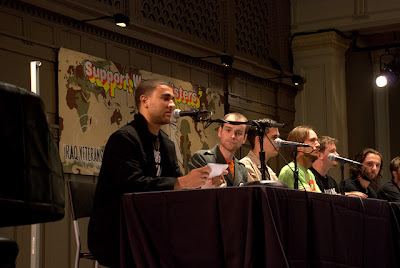 Two photos by Marmot06 (Flickr)
Notes, credits, & links
Our program is adapted from the Web series, This Is Where We Take Our Stand (6 videos), produced by David Zeiger, Bestor Cram, and Mike Majoros.
New World Notes is produced under the auspices (Latin for "resigned sighs") of WWUH-FM, a community service of that beacon of light in darkest Connecticut, the University of Hartford.
You can listen to any installment of New World Notes online or else download it (as an mp3 audio file) for later listening. The show is archived at both radio4all.net and (from #90 onwards) The Internet Archive. Either link should get you a reverse-chrono listing of available installments. Or browse the show's Web site: Each installment has a page, and each page has links to the recorded audio. See the gray sidebar on the right ("CONTENTS [Links]") for a table of contents. 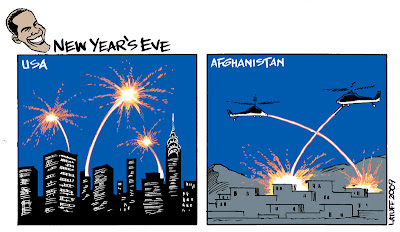 Posted by Kenneth Dowst at 2:06 PM