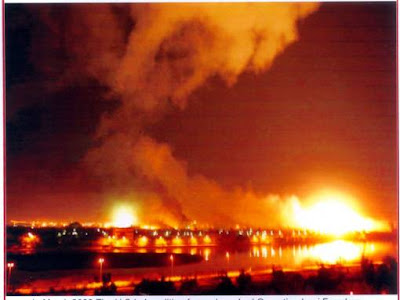 Not Frank Capra's propaganda classic of the 1940s but a different award-winning documentary with the same name. Eugene Jarecki's film won the Grand Jury Prize of the 2005 Sundance Film Festival.

A tapestry of many threads, Why We Fight depicts the U.S. war machine, the Military-Industrial Complex, and U.S. imperialism since World War Two. My much-condensed radio version follows just a few of the threads. It includes expert commentary by Gore Vidal, John S.D. Eisenhower, and the late Chalmers Johnson.

Interwoven is the story of Wilton Sekzer, a retired NYC cop . . . grief-stricken at the death of his son in the Twin Towers, yearning for revenge against the perpetrators, who he had been led to believe were the Iraqis. He sought a memorial to his son, and eventually a large bomb was dropped on Baghdad bearing the inscription, "In loving memory of Jason Sekzer" (see photo).

He now struggles with the knowledge that the Iraqis were innocent of 9/11 and that he had been deceived by his President. 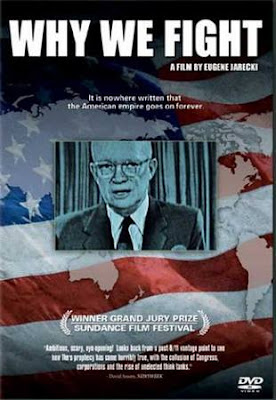 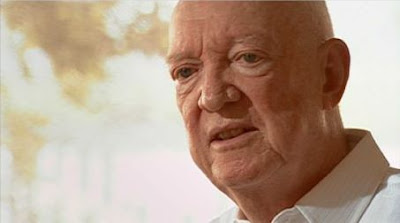 Bottom: John S.D. Eisenhower, son of the president (Top), reflects on his father's distaste for war and distrust of the U.S. military establishment.

Over the past 10 years, Chalmers Johnson did much to popularize the term blowback . . . and the insight that the United States in fact is an empire. He died on November 20, 2010. Gore Vidal and Michael Parenti, likewise, have long argued that our republic has become an empire.

New World Notes is produced under the auspices (Latin for "spreading chestnut tree") of WWUH-FM, a community service of that beacon of light in darkest Connecticut, the University of Hartford. 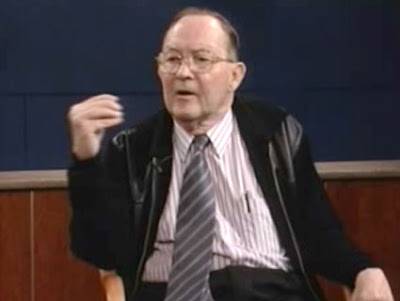 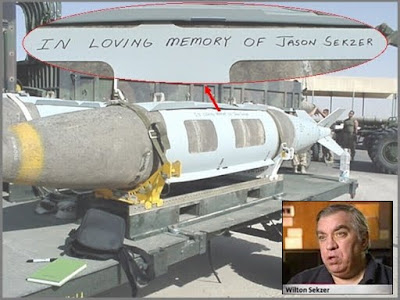 Top: Chalmers Johnson. Bottom: Wilton Sekzer (inset) and the memorial to his son Jason. Soon after the photo was taken, the Guided Bomb Unit (it appears to be a "bunker-buster") was dropped upon Baghdad.