Unshackling Ourselves From War 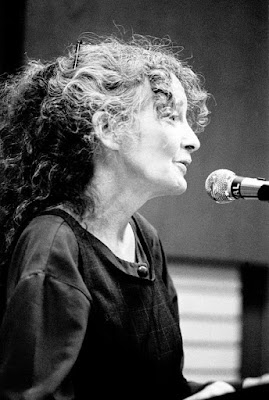 Veteran peace activist Kathy Kelly gives a powerful talk on the human costs of the US's elective wars in Iraq and Afghanistan. She tells stories of average people caught on the ground in a war zone ... and of US-government-sponsored lies, crimes, and fraud in our conduct of war and alleged "reconstruction."

She tells stories of the courage of ordinary people in the war zones--people working to ease the suffering and repair the damage to their and their neighbors' lives. And she calls on Americans to "unshackle" ourselves from militarism, the war industry, and endless war.

In Part 2, she also connects our military violence abroad and social problems here at home--such as police violence and our "broken" prison system.

Kelly--and other members of the organization Voices for Creative Nonviolence--has spent long periods living among the people caught in war zones in Gaza, Iraq, and Afghanistan.

Kathy Kelly spoke in Syracuse, New York, on October 6, 2015. Original recording courtesy of Wilton Vought, of Other Voices, Other Choices. Many thanks. I have condensed the talk slightly for radio broadcast.

eerie listening to this, but the signal started cutting out at the end of my drive.
listening to music on other stations afterwards just couldn't compare

Thank you for your kind words, Samadi_rising. A shame about the fading radio signal. I hope you have better luck with Part 2. Another option is to download the program from this page (links are at the top). Best, KD