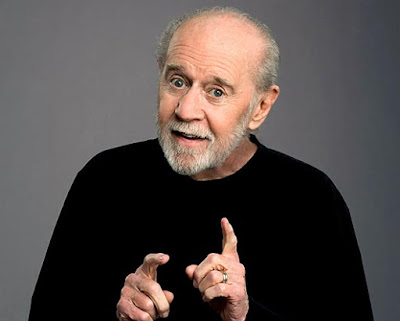 In his last years, socially-engaged comedian George Carlin seemed less angry, more resigned, and shrewd as ever as he observed American politics and culture rushing to hell in a handbasket. Our show presents some of Carlin's last performances and parts of an interview--plus a Carlin-like song by David Rovics.

The theme is B.S., America, and why the two make an especially bad combination.

A faint echo of the word "bullshit" can once (barely) be heard in the "mid-fi" audio file. The "broadcast quality" file snips the echo out.