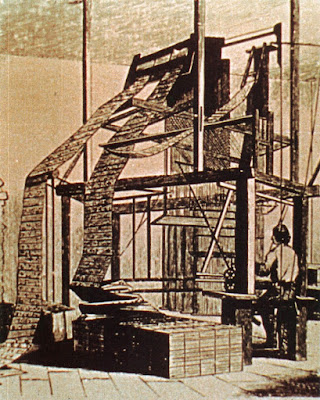 Jacquard loom
The Luddites were skilled workers in England (1811-1817) who destroyed the new, automated factory machinery that threatened their lives.
KD discusses the Luddites' true history, ,,, the pros and cons of their rebellion, ... and the problems caused by globalized capitalism. He explores whether Luddism makes any sense in today's world ... and the possibility of nonviolent "soft-core" Luddism in our personal lives.
Included: a song by David Rovics and a clip from the documentary, Human Resources. 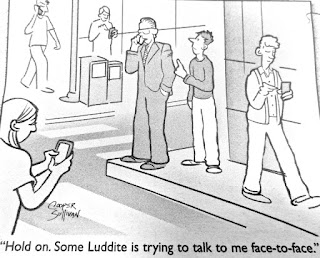 David Noble's film Human Resources is available, without charge, on the World Wide Web. See the site of its publisher (www.metanoia-films.org) or YouTube. David Rovics' "Everything Can Change" is from his album, If I Had a Hammer.
This installment was previously broadcast, as NWN #543, in July 2018.
Posted by Kenneth Dowst at 11:07 PM