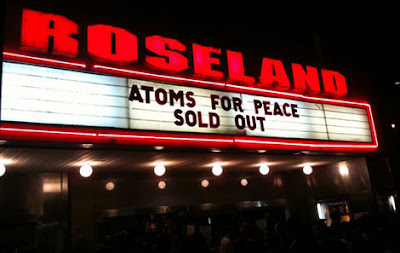 President Eisenhower gave an important speech on the subject at the United Nations. The Post Office issued an "Atoms for Peace" commemorative first-class stamp (3 cents!) in 1955. In March 1956, Mechanix Illustrated magazine featured a profusely illustrated article, "Why Don't We Build an Atoms-for-Peace Dirigible." Not even a question mark.

A nuclear-powered blimp. What could be more sensible?

Yes, the propaganda was flowing fast and furiously. As I recall, "Our friend, the atom" was a slogan in wide use. As for nuclear-generated electricity, the watchword was, "Too cheap to meter!"

This week, in another nice audiocollage, Virtual Renderings explores the wild promises made made for civilian nukes--and the very scary reality behind the propaganda--from 1950 through the meltdown at Three Mile Island in 1979. Sound sources include old propaganda films, news reports, interviews from documentary films, and some music--as usual, all very nicely woven together. 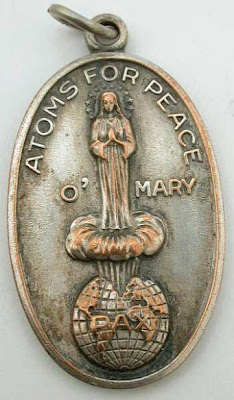 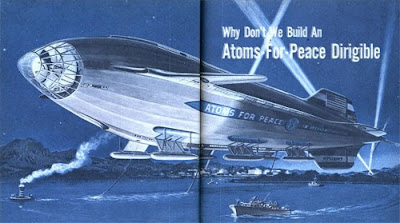 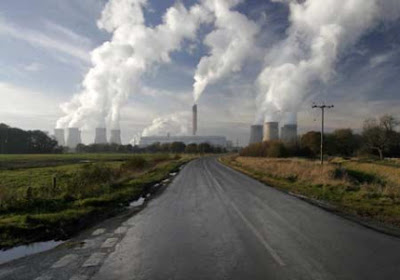 Posted by Kenneth Dowst at 4:47 PM