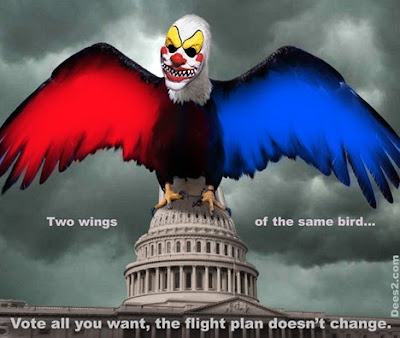 The poor, the working class, and at last (surprise!) the middle class have all been shafted by the mainstream "liberal" institutions that once--to an extent--looked out for our interests. Journalist/prophet Chris Hedges identifies a half-dozen such institutions that have by now said, "If you can't beat 'em [the plutocrats], serve 'em!" To Hedges, the worst offenders are the liberal Christian Church, the media, and--worst of all--the Democratic Party.

This program focuses on the Democratic Party.

We'll hear parts of a fine talk by Hedges--on the Dems from Clinton onwards--and some ruminations by me. And we'll read aloud a nice essay by Philadelphia journalist Dave Lindorff. Lindorff focuses on the perfidy of the Obama administration in particular. Continuity we can believe in!

Other audio included: the "I'm as mad as hell" rant by "Howard Beale" (from the movie Network) & 2 songs by Fred Eaglesmith. 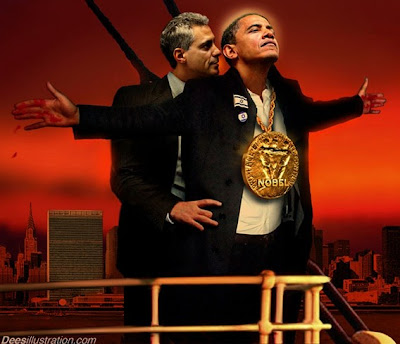 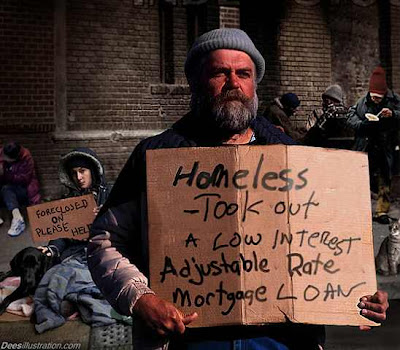 Top: Satan (former Chief of Staff Rahm Emanuel) tempting the President.
This week's graphics (except Clinton photo) are by David Dees.
Most graphics: Click to enlarge.

Chris Hedges spoke on "The Death of the Liberal Class" at the Sanctuary for Independent Media, Troy, NY, October 15, 2010. Our audio of Hedges is taken from the video released by Sanctuary TV.

New World Notes is produced under the auspices (Latin for "benign neglect") of WWUH-FM, a community service of that beacon of light in darkest Connecticut, the University of Hartford. 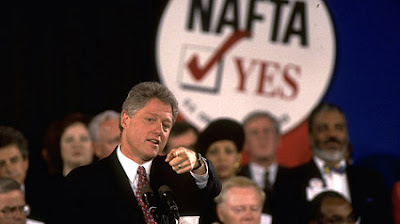 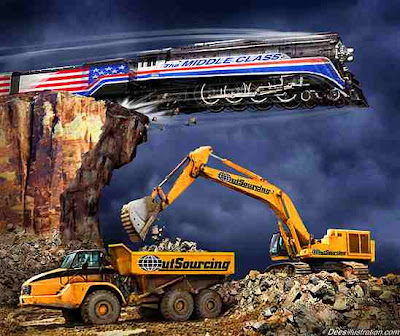 Top: Clinton: "The greatest traitor to the American working class ever
produced by the Democratic Party" (Chris Hedges).

Posted by Kenneth Dowst at 4:26 PM