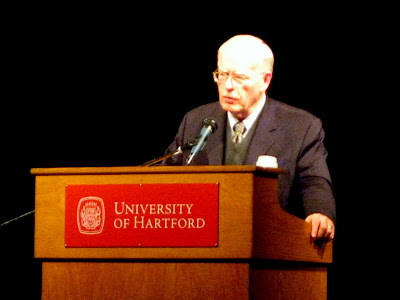 In (not overly) brief

Not two but three buildings of the World Trade Center collapsed on September 11, 2001. Each collapsed suddenly, onto its own footprint, at near-freefall speed, spewing forth tons of minutely pulverized concrete. Each collapse bore a certain resemblance to a controlled demolition.

The third to go was Building 7, about a block away from the Twin Towers. It was a 47-story steel-framed skyscraper of conventional architecture and construction. It was not hit by an airplane. It suffered only a few minor office fires on a few floors. It came down, in 6.5 seconds, at about 5:20 PM.

BBC America and CNN each announced the collapse about a half hour before it occurred. In both reports, the building can be seen standing, apparently unperturbed, through the picture window behind the news anchor.

The 9-11 Commission Report does not discuss Building 7. The collapse was finally discussed in a report--released only in the last days of the Bush administration--by the National Institute of Standards and Technology (NIST). They conclude that the collapse was caused by fire.

If true, WTC-7 is the only steel-framed high-rise building in the history of the world ever to have collapsed from fire. (Oddly, New York has not yet revised its Building Code.)

In this installment, Professor David Ray Griffin discusses the mysterious collapse of WTC-7 and shows that the NIST report is a work of massive scientific fraud.

A real investigation into the events of 9-11-2001 is needed. Don't hold your breath, waiting.

Dan Rather shows and describes the fall of WTC7.
Note how the penthouse dips first--as though something
very bad had just happened to all the central support
columns. An invitation: After watching this video, tell
yourself what you have just seen.

The video-widget, above, plays a clip of the collapse from a CBS News broadcast on 9/11. You'll recognize the voice of Dan Rather saying that it looks just like a controlled demolition. I urge you to view it. It will take only 36 seconds.

This is the final third of a long presentation David Ray Griffin gave at the University of Hartford on May 7, 2010. His talk was titled, "Is the War in Afghanistan Justified by 9/11?" Recorded and edited for radio by K.D.

For description of the first two-thirds of Griffin's talk--plus links to download the audio--please see our blog entry.

New World Notes is produced under the auspices (Latin for "resigned sighs") of WWUH-FM, a community service of that beacon of light in darkest Connecticut, the University of Hartford. 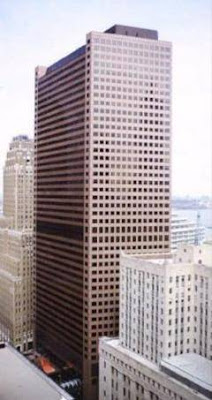