The OTHER People's Historian: David Rovics

Once again, the formatting is all messed up--though not quite as bad as in the previous entry--and my attempts to fix it aren't working. We are not amused.

The OTHER People's Historian: David Rovics 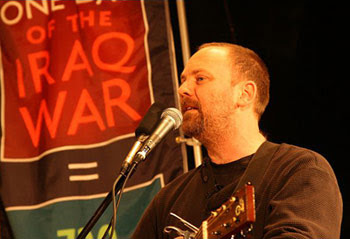 David Rovics makes history interesting, relevant, occasionally inspiring. This week we offer four Rovics songs on historical events plus some background and commentary by me. The topics are

Rovics is good indeed at writing "bottom-up" history--which stresses how the world was experienced by the common people. He works in the same genre as did the late Howard Zinn. On top of that, Rovics is a very talented singer/songwriter and musician. So listen to him for the excellent music, if not for the history lessons. (See below for the address of his free archive.) 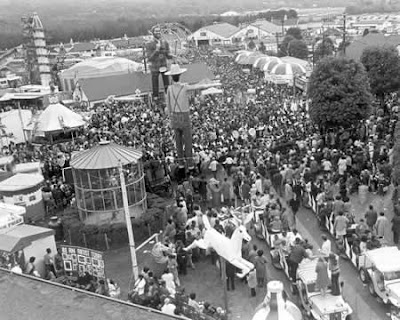 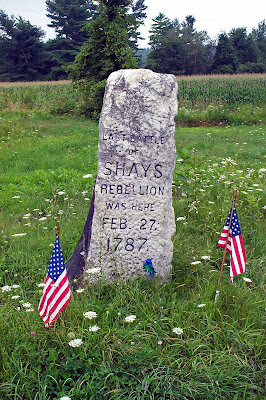 Above: Danbury Fair, Connecticut (1970s?). ("Used to be a City.") Below: Monument commemorating the last battle of Shays' Rebellion, Sheffield, southwestern Massachusetts. The government and the bankers won. ("Berkshire Hills.") Most graphics: Click to enlarge.

David Rovics' recorded music is available for free (payments also are accepted): http://www.soundclick.com/bands/default.cfm?bandID=111310 New World Notes is produced under the auspices (Latin for "Boardwalk") of WWUH-FM, a community service of that beacon of light in darkest Connecticut, the University of Hartford. You can listen to any installment of New World Notes online or else download it (as an mp3 audio file) for later listening. The show is archived at both radio4all.net'>radio4all.net and (from #90 onwards) The Internet Archive. Either link should get you a reverse-chrono listing of available installments. Or browse the show's Web site: Each installment has a page, and each page has links to the recorded audio. Series overview: Political and social commentary in a variety of genres. Exploring the gap between what we want ... and what they're trying to make us settle for. 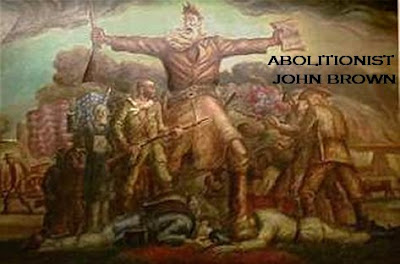 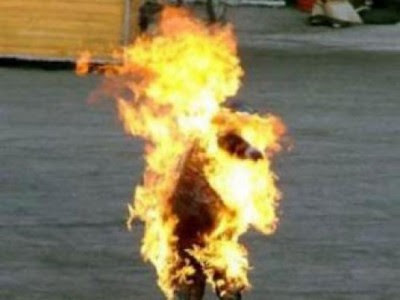 Posted by Kenneth Dowst at 5:54 PM