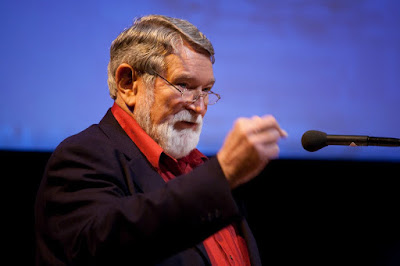 A clever audio collage by Chazk (Virtual Renderings), slightly condensed by me. It features selections from David Korten's Earth Day 2015 talk in Seattle.

Korten shows that the fundamental maxims of corporate capitalism--"the Sacred Money and Markets Story"--are both false and preventing us from saving our environment. Based on a synthesis of principles from religion, science, and mysticism, he proposes a different set of maxims--the "Sacred Life and Living Earth Story."

As usual, Chazk interweaves with the spoken words several relevant song passages, film clips, and other interesting audio.  I have condensed the original collage--mostly my shortening the musical selections--to fit our radio timeslot.

The original, unedited version of Chazk's/Virtual Renderings' collage--and more than 100 others by him--are available for free download or online listening. For a liting, find the link on the gray sidebar to this page, under the heading, "Worth a Look."

NOTE: MP3 files downloaded from the links, above, are identified as NWN #387.


Posted by Kenneth Dowst at 2:49 PM No comments:

Is Water the New Oil?

Darling's own title for his talk. I like my title better.

In the 20th century, many bloody conflicts were for the control of oil. In the 21st, many will be for the control of water. Darling ends on a positive note, though, reviewing some encouraging advances in purification technology. Science itself, though will not solve the problem.

In the recent past, fresh water was cheap, safe, and abundant. In the 21st century, Darling argues, we can have any two of these three qualities, ... but we can't have all three.

Part 1 includes an introduction by KD. Part 2 includes a song on pollution by Tom Lehrer (1965). 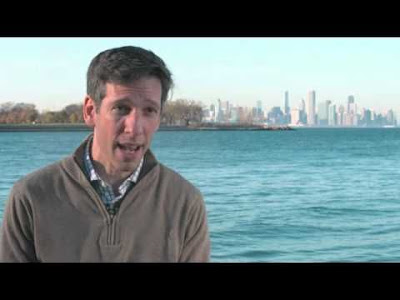 Seth Darling is a Postdoctoral Fellow at the Argonne National Laboratory. He spoke in Chicago on May 18, 2016. The original recording was provided by Dale Lehman of radio station WZRD (thanks!). I have slightly edited and condensed the talk for radio broadcast.

Posted by Kenneth Dowst at 1:58 PM No comments: 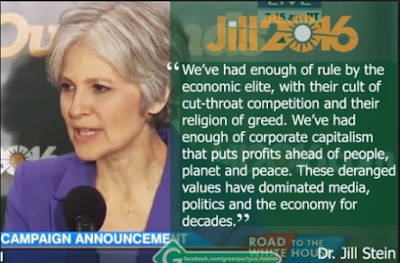 Progressive activist and presidential candidate Jill Stein speaks on the corrupt Republican-Democrat party ... on how citizens have been getting a bad deal for decades ... and on how real change can come from the grassroots.

Introduction and afterword by KD.

Stein spoke at the Inaugurate the Resistance rally in Washington, D.C., January 21, 2017. Thanks to Wilton Vought (othervoicesotherchoices.com), for this live recording, which I have gently edited.

Posted by Kenneth Dowst at 1:38 PM No comments: