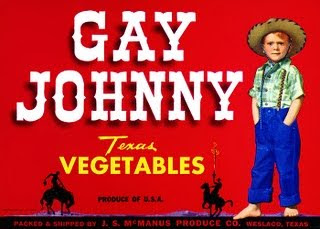 Civil-liberties activist Paul Siegel has advice for people--particularly gay people--considering challenging discrimination in court. Base your challenge on the 1st Amendment (freedom of speech, right to assemble), not on the 14th (equal protection, privacy).

This sounds technical & legalistic, but in fact this intelligent and often funny talk should have wide appeal.

Highlights include a funny account of what Pacific Telephone & Telegraph would & wouldn't allow into that compendium of decency and good taste, the Yellow Pages, . . . stories of clueless high-school administrators who think the 1st Amendment does not protect students wearing T-shirts that say, "I Support My Gay Friends," . . . and a sad story of a gay student suspended and "outed" to her parents by the school principal for the crime of kissing her girlfriend on school grounds. 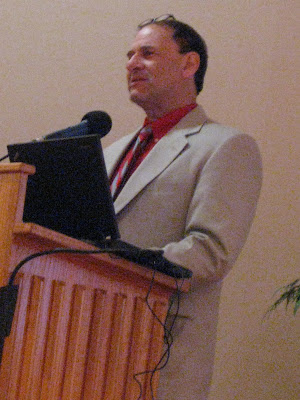 Paul Siegel will often go weeks or months without reminding anyone
of Benito Mussolini. Still, every once in awhile . . . . Photos by K.D.
All photos: Click to enlarge.

Paul Siegel is a longtime civil-liberties activist. His day job is Professor of Communication at the University of Hartford.

New World Notes is produced under the auspices (Latin for "East-of-the-River satellite studio and skunk works") of WWUH-FM, a community service of that beacon of light in darkest Connecticut, the University of Hartford. "East-of-the-River" is Hartford-ese for "Podunk." 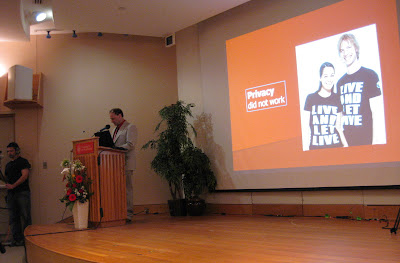 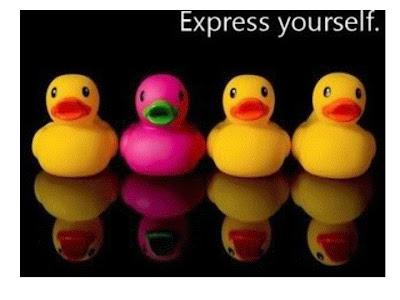 Posted by Kenneth Dowst at 9:54 AM