Spanish Plots . . . Spanish Treachery . . . England Believes It
Foul Play . . . Crisis Is At Hand. . . . Any resemblance to the media's
role in the invasion of Iraq is strictly coincidental. Somebody check to
see if Judith Miller's grandfather worked for Hearst. . . . The Maine
exploded in Havana harbor on February 15, 1898.
Most graphics: Click to enlarge.
A current U.S. Navy history of the Maine notes that "The survivors
of the disaster were taken on board . . . Spanish cruiser Alfonso XII. The
Spanish officials at Havana showed every attention to the survivors of the
disaster and great respect for those killed. The court of inquiry convened
in March was unable to obtain evidence associating the destruction of the
battleship with any person or persons, but public opinion in the United
States was so inflamed that the Maine disaster led eventually to the
declaration of war on Spain 21 April."
That last sentence is disingenuous. In fact, the McKinley
Administration had decided to go to war with Spain long
before the Maine exploded and used the misfortune to rouse
public support for launching a war that had few justifications.

"False-flag" ops are incidents used to justify war or abolition of civil liberties. These incidents are staged, or misrepresented, or imaginary.

This week I review the major types of "false-flag operations"--with details on the battleship Maine (1898) and U.S. Air Force provocations of the USSR during the Cuban Missile Crisis (1962). Guess who saved the world in 1962. Nikita Khrushchev! Then ex-MI-5 agent Annie Machon discusses terrorism by both sides in Northern Ireland (1990s), operations Gladio (post-WWII) and Northwoods (1962), and 9-11. Last, she details the huge loss of civil liberties in the U.K. following 9-11. 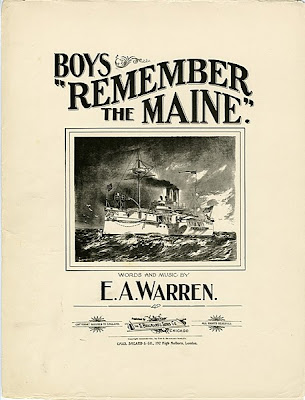 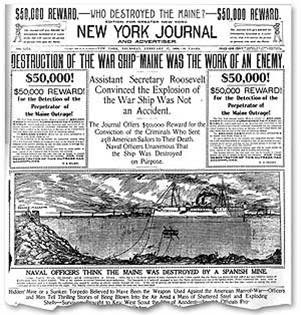 This week's song: Chumbawamba, Passenger List for Doomed Flight 1721. Download your own copy for free from Chumba's Web site (scroll to bottom of the page).

New World Notes is produced under the auspices (Latin for "nihil obstat") of WWUH-FM, a community service of that beacon of light in darkest Connecticut, the University of Hartford. Feedback to kdowst at hotmail period com. 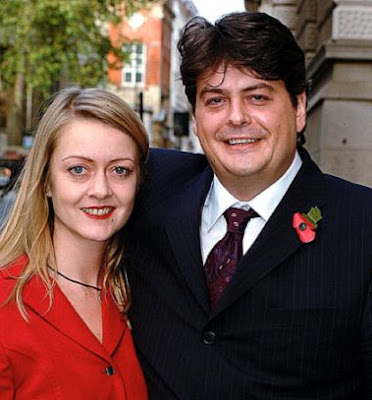 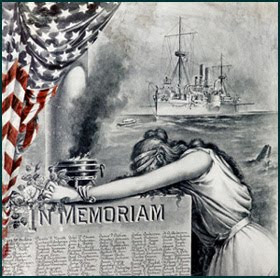 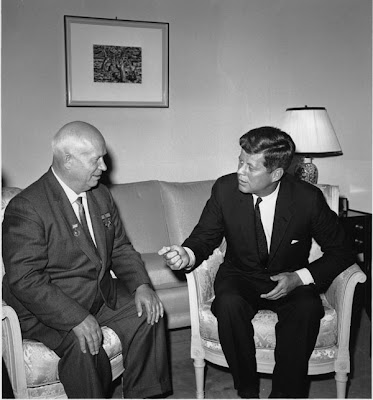 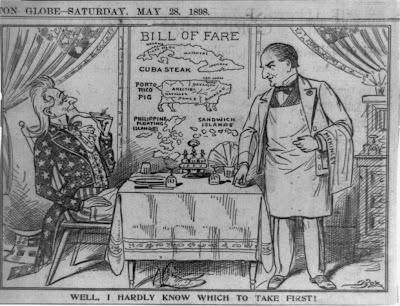 Top: Secret pen-pals Nikita Khrushchev and JFK. It was the chubby bald guy on the left who, at the expense of his career, prevented the World War III that the generals on both sides (especially ours) were trying hard to bring about. For details & more illustrations, see this site's post, The Story Behind the Greatest Speech You Never Heard.
Bottom: Back in the old days, though, the entire commercial media did not march in lock-step to the rulers' drummer. The waiter depicted is President McKinley. Hey! Those traitorous socialists at the Boston Globe are failing to Support Our Troops!
Cuba was a cakewalk, but the conquest of the Philippines--the U.S.'s main objective--proved a bloody and long struggle. The fiercest opposition to the Yankee invaders was mounted by Muslim insurgents, the "Moros." Some empires never learn--or, more likely, don't give a damn. Mark Twain scathingly denounced the campaign in "A Defence of General Funston" and other essays.