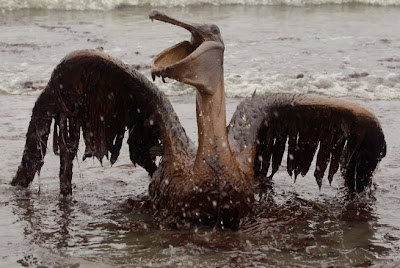 The Gulf of Mexico oil disaster is not over--it's only beginning. Our first look at the subject features fine reporting from two independent journalists.

Anne McClintock (read aloud) shows the incestuous, conflict-of-interest relationships of the U.S. government, BP, and a consulting firm, CTEH, hired to monitor the health effects of the disaster. It's a win-win-win situation ... except for the poisoned people of the Gulf states.

Then Dahr Jamail, talking with host Dori Smith, exposes the government's lies about the safety of Gulf seafood. He also details the Coast Guard's program of camouflaging the scope of the disaster by (temporarily) sinking the floating oil with millions of gallons of highly toxic "dispersants" sprayed in the dead of night. 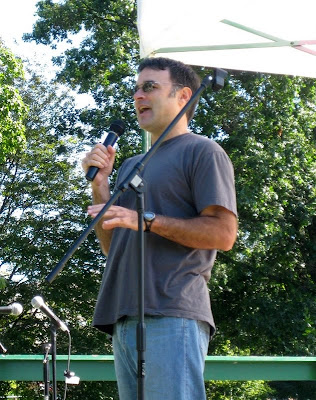 New World Notes is produced under the auspices (Latin for "imprimatur") of WWUH-FM, a community service of that beacon of light in darkest Connecticut, the University of Hartford. 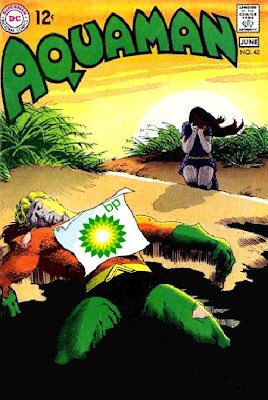 Posted by Kenneth Dowst at 4:31 PM