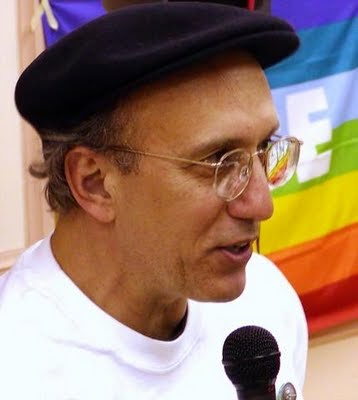 Antiwar/antinuke activist Bruce Gagnon shows how militarism is detroying the American economy and our lives.

In Part 1, he discusses the connections among crumbling infrastructure, unemployment, decreasing educational opportunities for working-class kids, the increasing militarization of our society, the export of war machines, aggressive U.S. foreign policy, corporate globalization, our rulers' desire to control the world's oil, ...  and the wisdom of forming alliances with the "Tea-partiers."

In Part 2, Gagnon discusses the bad effects of (a) NATO expansion & (b) our encircling Russia and China with "missile defense" installations.

He also discusses universities' increasing dependence on Pentagon funding (for war research); ... the allegiance of both parties to capitalism, oligarchy, & military empire; ... & how spending on infrastructure creates many more jobs than "defense" spending.

Plus a short section of Q&A and a topical song ("After the Revolution") by David Rovics. 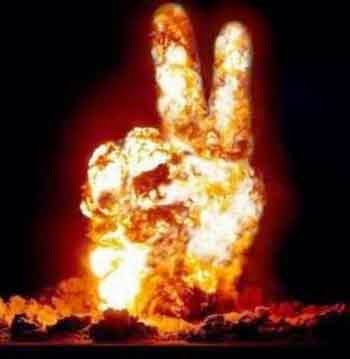 Recorded live by me in West Hartford, Connecticut, on April 16, 2010.  Gagnon's talk was sponsored by the West Hartford Citizens for Peace and Justice (www.westhartfordpeace.org).

Bruce Gagnon is Coordinator of the Global Network Against Weapons and Nuclear Power in Space (www.space4peace.org).

Posted by Kenneth Dowst at 4:15 PM