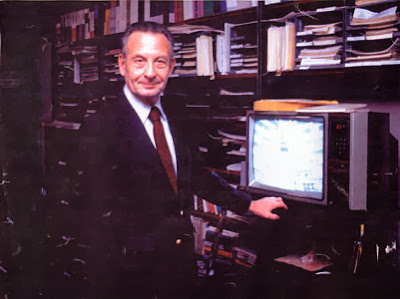 Example: TV violence does not increase real-world violence.  But it does make people more afraid of violence--and more supportive of harsh "anti-crime" measures.

Gerbner's research found that the more you watch TV, the more afraid of your environment you're likely to be.  And the more you watch, the more you are likely to believe that women are not as capable as men, that racism does not exist, that most Americans are middle-class, that most Black Americans are middle-class, that poverty is not a social problem, and that the cure for crime is more police, more jails, longer sentences, and more capital punishment.

Gerbner's career as a communications scholar included 25 years as Dean of the University of Pennsylvania's Annenberg School of Communication (1964-1989). He died in 2005.