War, Language, and the Media


War, Language and the Media 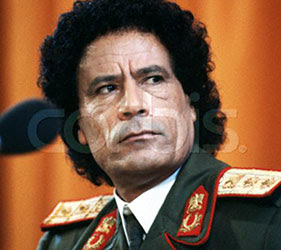 This week we replay one of the earliest installments of New World Notes: #10, from April 2008. The title connects three of the series' ongoing concerns: war, language, and the media.

Language doesn't just reflect your understanding of reality: it shapes it. The Pentagon (and its pet, the State Department) knows this and creates language to mislead us about what it is actually doing. First I and then Michael Parenti--in a fine talk from the 1990s--expore how it works.

Of particular interest is Parenti's debunking of the "Gaddafi-is-a-menace" rhetoric, which was omnipresent around 1990. Remember?

Decades back, U.S. government propaganda (broadcast by the loyal corporate media) inflated Libya's Gaddafi into a major threat to America. Then, for whatever reasons, the government put its regime-change-in-Libya plans on the back burner, and the "threat" of Gaddafi wasn't mentioned again for the next 20 years. Then, around 2010 or 2011, Gaddafi suddenly became a menace again. 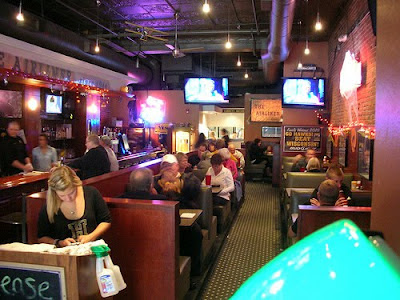 The Airliner bar/restaurant, Iowa City, Iowa. What's that got to do with the late Muammar Gaddafi (top, shown in 1986)? Each exemplifies how different compositions of words create different ways of understanding (and hence of acting). You'll just have to listen. . . .

Thanks to Sally Soriano and People's Video-Audio for the Parenti recording.