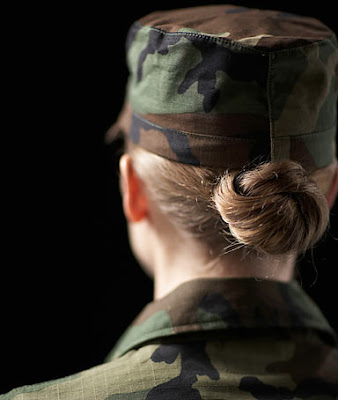 Award-winning journalist Dahr Jamail--interviewed by Dori Smith, of Talk Nation Radio--discusses the extraordinarily high level of Military Sexual Trauma (MST) in the U.S. armed forces today. Essentially, MST is the rape of a soldier by a fellow soldier. Victims are of both sexes, but women soldiers are extremely likely to be victimized. Victims who report the assault are persecuted and denied therapeutic care; their rapists are promoted; and the Pentagon does nothing to fix the problem.

Jamail attributes the epidemic in part to changes in military training, which now "dehumanizes" soldiers much more than in past generations. Jamail also associates dehumanization with another military epidemic, PTSD.

Finally, distinguished journalist Robert Fisk, speaking in 2008, searches for the causes of U.S. soldiers' newfound delight in torturing people. He finds one in the same dehumanization produced by the new military training. 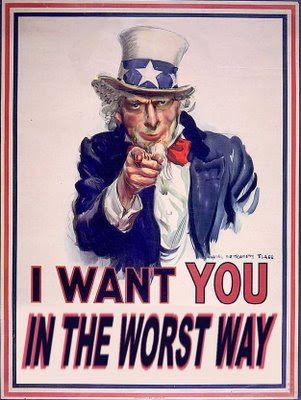 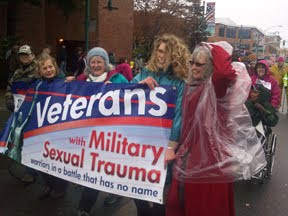 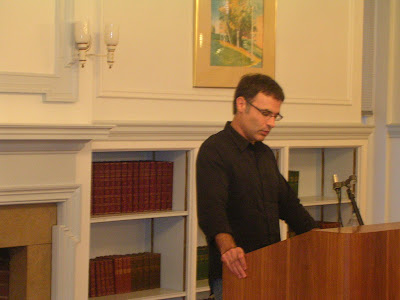 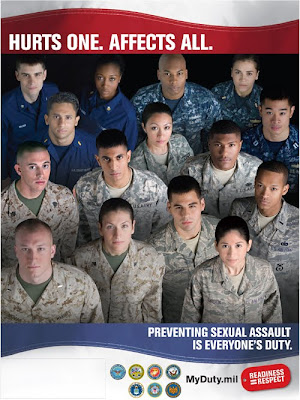 Top: Dahr Jamail. Bottom: The Pentagon's response to the epidemic of rape and other sexual assault: a small P.R. campaign.

Posted by Kenneth Dowst at 6:27 PM