On Gaza and Israel

Number 2 -- January 2, 2009
Foreword by KD:
I am an American friend of Israel. I'm told that friends don't let friends drive drunk.
The militarists that have wrested control of our country away from the American people--this happened well before 2000--may be great pals with their Likudnik ultra-Zionist counterparts in the Middle East. That doesn't make any of the lot of them friends of Israel--let alone friends of the people of Israel.
We, the people of the United States, are not to blame for the ongoing bloodbath in Gaza, any more than we are to blame for My Lai or Abu Ghraib. Unless we connive in it or condone it. Unless we refuse to see what is happening in front of us. Unless we refuse to affix a suitable name to what we see.
Theologian and distinguished journalist Chris Hedges has been heard on New World Notes two or three times over the past year. Here he suggests a few useful names. And a few that simply won't do.
A way of naming something implies a way of acting in response to it.
Party to Murder

by Chris Hedges
Condensed by Kenneth Dowst
Originally published on Tuesday, December 30, 2008 by TruthDig.com
Can anyone who is following the Israeli air attacks on Gaza wonder why we Americans are hated? Our self-righteous celebration of ourselves and our supposed virtue is as false as that of Israel. We have become heartless and savage. We are a party to human slaughter, a flagrant war crime, and do nothing.

Over 350 Palestinians* have been killed, many of them civilians, and over 1,000 have been wounded since the air attacks began on Saturday. Ehud Barak, Israel's defense minister, said Israel is engaged in a "war to the bitter end" against Hamas in Gaza. 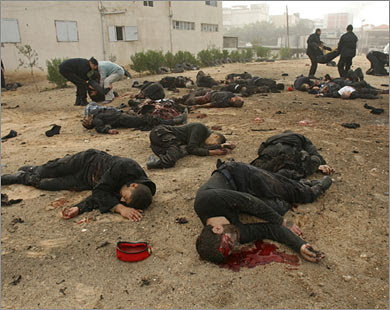 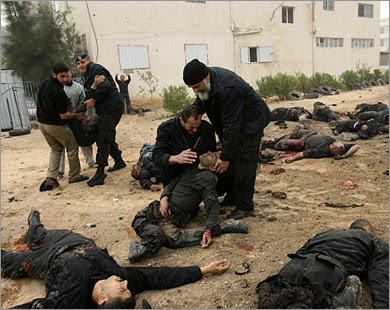 A war? Israel uses sophisticated attack jets and naval vessels to bomb densely crowded refugee camps and slums, to attack a population that has no air force, no air defense, no navy, no heavy weapons, no artillery units, no mechanized armor, no command and control, no army, and calls it a war. It is not a war. It is murder.
The U.N. special rapporteur for human rights, Richard Falk, has labeled what Israel is doing to the 1.5 million Palestinians in Gaza "a crime against humanity." Falk, who is Jewish, has condemned the collective punishment of the Palestinians in Gaza as "a flagrant and massive violation of international humanitarian law as laid down in Article 33 of the Fourth Geneva Convention."
The foreign press has been barred by Israel from entering Gaza to report on the destruction. 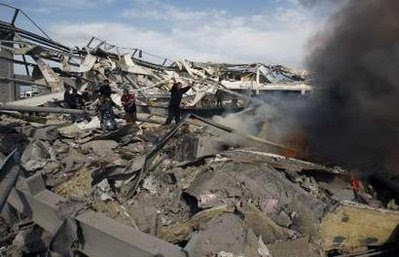 Israel's stated aim of halting homemade rockets fired from Gaza into Israel remains unfulfilled. Gaza militants have fired more than 100 rockets and mortars into Israel, killing four people and wounding nearly two dozen more, since Israel unleashed its air assault. Israel has threatened to launch a ground assault and has called up 6,500 army reservists. It has massed tanks on the Gaza border.

As Falk points out, the rocket attacks by Hamas are also criminal violations of international law. But as Falk notes, "such Palestinian behavior does not legalize Israel's imposition of a [severe] collective punishment . . . on the people of Gaza."
According to Falk, "A recent study reports that 46 percent of all Gazan children suffer from acute anemia. There are reports that the sonic booms associated with Israeli overflights have caused widespread deafness, especially among children. Gazan children need thousands of hearing aids. Malnutrition is extremely high in a number of different dimensions and affects 75 percent of Gazans. About 18 percent of Gaza's children have stunted growth. There are widespread mental disorders, especially among young people. Over 50 percent of Gazan children under the age of 12 have been found to have no will to live."
Most of Gaza is now without power, which can be a death sentence to the severely ill in hospitals. There is little medicine, and no cancer or cystic fibrosis medication. And Israel has revoked most exit visas, meaning some of those who need specialized care, including cancer patients and those in need of kidney dialysis, have died.
"It is macabre," Falk said of the blockade. "People have been referring to the Warsaw ghetto as the nearest analog in modern times." 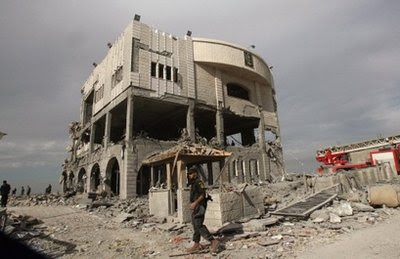 The point of the Israeli attack, ostensibly, is to break Hamas, the radical Islamic group that was elected to power in 2007. But Hamas has repeatedly proposed long-term truces with Israel and offered to negotiate a permanent truce. It was Israel that, on Nov. 4, initiated an armed attack that violated the truce and killed six Palestinians. It was only then that Hamas resumed firing rockets at Israel.

The use of terror and hunger to break a hostile population is one of the oldest forms of warfare. I watched the Bosnian Serbs employ the same tactic in Sarajevo. Those who orchestrate such sieges do not grasp the terrible rage born of long humiliation, indiscriminate violence and abuse. A father or a mother whose child dies because of a lack of vaccines or proper medical care does not forget. All who endure humiliation, abuse and the murder of family members do not forget. This rage becomes a virus within those who survive. Is it any wonder that 71 percent of children interviewed at a school in Gaza recently said they wanted to be a "martyr"?

The Israelis in Gaza, like the American forces in Iraq and Afghanistan, are foolishly breeding the next generation of militants and Islamic radicals. The violence unleashed on Palestinian children will, one day, be the violence unleashed on Israeli children. This is the tragedy of Gaza. This is the tragedy of Israel.
© 2008 TruthDig.com
*At 3 PM on Friday, January 2, NPR News gave the death toll as "more than 400" --KD
Addendum: "More than 900," according to other sources, on January 12. That should put us comfortably over 1,000 by Martin Luther King Day. --KD
Posted by Kenneth Dowst at 5:34 PM