Our principal archive, radio4all.net, has been encountering some problems.
If you have any difficulty listening online or downloading any recent
installment of the radio show, please try our other archive at
The Internet Archive. 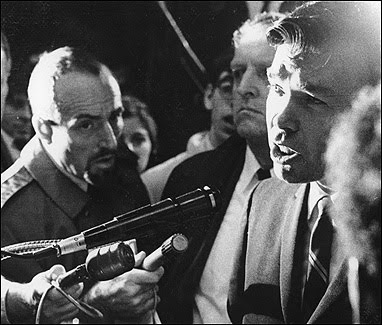 In (not overly) brief:

What John Brown was to Abolition, Bill Baird was and is to reproductive rights, including the right to abortion and the right to purchase contraceptives. The latter was still illegal in Massachusetts (and elsewhere) in the 1960s! Seeing a woman die from an attempted coat-hanger abortion changed his life. He determined to change the law.

One way to do this is to break the law, get convicted, appeal the conviction, and invite the Supreme Court to declare the law you broke unconstitutional. This method is probaby easier than persuading the Massachusetts legislature to vote in favor of any bill that even hints at encouraging "sin." So, in a talk at Boston University in 1967, Baird methodically broke just about every provision of the law that prohibited transfer, possession, display, or even discussion of contraceptives.

For reasons unknown, the authorities had neglected to bust Cardinal Cushing--even though the Archdiocese of Boston had been flagrantly violating the law for years by distributing a pamphlet titled "The Rhythm Method." They didn't neglect to bust Baird for displaying a contraceptive diaphragm and giving a can of Emko Foam to an undergraduate.

Baird had to explain to the arresting officers what a diaphragm was. None had ever seen one. One guessed that it was a large rolled condom. 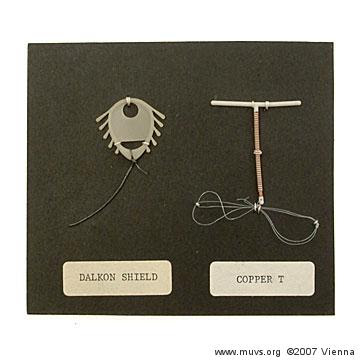 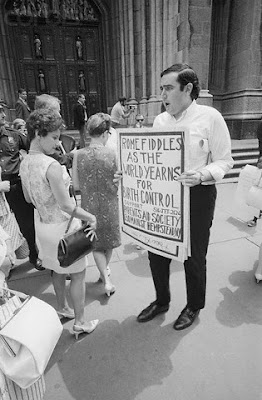 Top: IUDs make great tie clips. I won't spoil the story by retelling it here.
Hear it from Baird at about 25:30 [min:sec] into the show. Actually, the
now-notorious Dalkon Shield (left) made a better tie clip than
contraceptive device.
Bottom: Fellow-traveller Michael Luckman at Saint Patrick's Cathedral,
in 1968, protesting yet another anti-birth-control encyclical from the
Vatican (Pope Paul VI).

It worked. After a fashion. Baird v. Eisenstadt became a milestone in the struggles for reproductive rights and privacy rights. Roe v. Wade cites the decision five or six times.

He survived assassination attempts, 8 criminal convictions, prison brutality, the firebombing of his clinic, the breakup of his family, and the absence of any help from Planned Parenthood, NOW, ACLU, & other potential allies.

A scary, stunning, and often very funny story, well-told by Baird himself.

Baird's words were recorded at a panel discussion on civil liberties--titled Courageous Convictions--held at the University of Hartford on February 16, 2010. Edited for radio by moi.

New World Notes is produced under the auspices (Latin for "imprimatur") of WWUH-FM, a community service of that beacon of light in darkest Connecticut, the University of Hartford. Feedback to kdowst at hotmail period com. 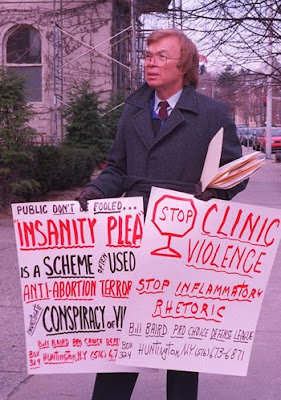 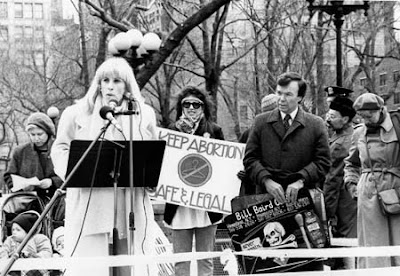 Except in Massachusetts (and other states) in the 1960s--where
education was considered a "crime against chastity." The "chastity-
through-ignorance" movement flourished again in the W. Bush
years with the preposterous & discredited (but that never stopped
'em!) "abstinence-only sex education." When it comes to anti-sex
lunkheadedness, the Evangelical Protestants have reached parity
with the Catholic hierarchy. (In my experience, the Catholic
congregants are a good deal saner than the Pope, Cardinal Cushing,
Jerry Falwell, Joe Biden, & the entire Bush Administration, combined--
including former Postmaster-General John C. Potter!)

Posted by Kenneth Dowst at 1:23 PM