The Two Sides of George Carlin 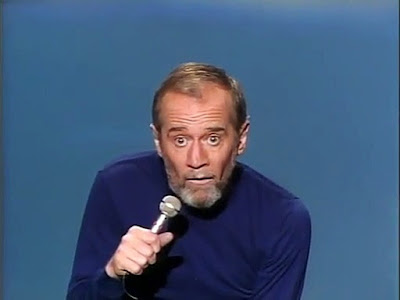 Comedian / satirist / critic George Carlin is in peak form in these satiric sketches from the 1990s--not previously broadcast on New World Notes. With sharp and strong satire he skewers much of American culture and politics.

A gentler satiric style is included as well, in Carlin's comic discussion of the silly idioms (such as "down the tubes") we use in American speech.

All (now) suitable for airplay. (Grumble!) With a little commentary, here and there, by KD.

I am indebted to Free D. People, who was host of the show Talk on Colorado Free Radio. Talk's 2-hour uncensored tribute to George Carlin, issued following the performer's death in 2008, was the basis for New World Notes's highly edited selection.