How to Ruin an Economy 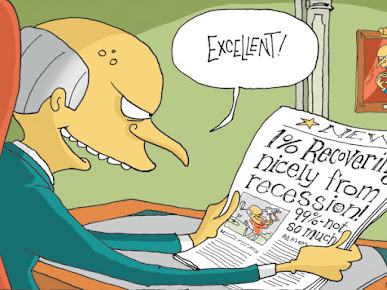 Noam Chomsky concisely and brilliantly dissects the U.S. economic system. He shows that it operates exactly in accord with the principles of neoliberal capitalism. Its function is to increase the wealth and power of the plutocratic elite--"the Masters of Mankind," as Adam Smith called them--at the expense of everyone else. And he shows the role of the federal government in enabling and promoting the economic system's antidemocratic aims and results.
The U.S. economic system has changed scarcely at all in the past half-century. Hence this classic talk is every bit as timely, engaging, and important today as it was when Chomsky spoke (at Northeastern University, Boston, in February 2014).
Leigha Cohen produced and made available a video of Chomsky's talk. Many thanks. I have lightly edited the recorded audio.
Posted by Kenneth Dowst at 9:55 PM