The Politics of Cultural Despair 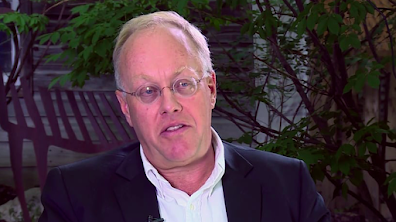 Chris Hedges
A rousing, no-holds-barred new speech by the activist, essayist, and Pulitzer-winning journalist Chris Hedges, delivered in October 2020.
Hedges sees the engineering of public despair as a deliberate strategy of our country's real rulers, the corporate oligarchs. Alas, history shows that citizens in despair often turn to fascism, thereby only compounding their misery and the oligarchs' power.
In Part 1, Hedges surveys the misery in which tens of millions of Americans now find themselves--jobless, without savings, without health insurance, facing eviction, coping with a pandemic, and more. He denounces both major political parties--with special focus on the Democratic Party (including Joe Biden), which has faithfully served the oligarchy and worked to disempower the citizens for many decades, 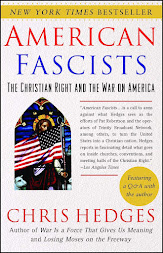 In Part 2, Hedges focuses on the rise pf "Christian Fascism" (a.k.a. "the religious Right). This movement is drawn primarily from the White working class--people that have indeed been brutalized by the System. But these people's just anger has been cynically misdirected by the Elite--away from their real oppressors and towards the country's liberal and democratic institutions.
Hedges sees reform of our corrupt system as impossible. That leaves only two possible outcomes: popular rebellion leading to some form of humane, democratic socialism ... or else tyranny. The Elite--and the institutions they control, such as the police--much prefer the latter.
Following Hedges' speech, we lighten the mood a bit with a new song by David Rovics, "Vaccine."
Hedges' speech, which he delivered remotely, was sponsored by GCAS College in Dublin. I have shortened a few pauses and snipped out the occasional stumble.
Posted by Kenneth Dowst at 1:45 PM