Last week's newsletter/blog extravaganza took 'way too much time, so this week (God willing) we shall be brief. If you haven't yet seen last week's opus--a quirky though still scary collection of five dozen photos exploring some parallels between the Warsaw Ghetto of 1940-43 and Gaza and the West Bank today--you can page downwards a couple of entries or else take this link: http://newworldnotes.blogspot.com/2009/03/peace-propaganda-promised-land-part-3_10.html .

This week's installment of New World Notes is taken from lefty Aussie filmmaker John Pilger's super documentary, The War on Democracy. It's the film's 20-minute segment on Venezuela, nicely adapted to radio by the Unwelcome Guests Collective. 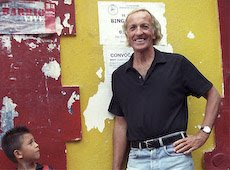 It's a fascinating narrative of an idealistic reformer taking on Established Power, becoming beloved by the common people, hated by the rich oligarchs, overthrown in a (it goes without saying) CIA-sponsored coup, and restored to power soon afterwards by popular demand. This is quite a story! and the climactic scene of Chavez's return is stunning. It recalls the climax of Close Encounters of the Third Kind.

Al Gore won the popular vote in Florida in the year 2000--hence the electoral vote in the United States. The establishment press and TV networks acknowledged same (very quietly) weeks later. They had joined together and hired the respected Roper Organization to examine all the Florida ballots cast in the election. Roper concluded that--no matter what sane principles of counting one employed--Gore received more votes than Bush.

The U.S. Supreme Court had ordered the recount of the Florida ballots stopped when it became clear that Gore would win if the recount continued. According to the court's unsigned decision, the civil rights of one G.W. Bush would be irreparably harmed if the recount proceeded according to Florida law.

Overdosed on lies and BS by the mass media, Americans sat on their sofas, refused to see a coup d'etat when it was unfolding in front of them, and on cue cried out, "Why won't Gore accept defeat?!"

In a similar situation, the people of Venezuela, unarmed, took to the streets, stormed the President's mansion, persuaded the enlisted soldiers guarding it to fight against the coup, and restored the deposed Chavez to office in short order. 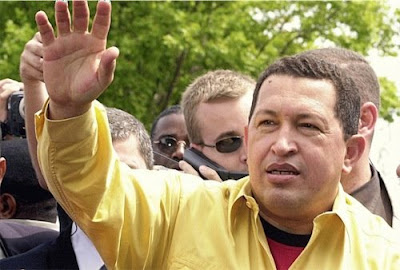