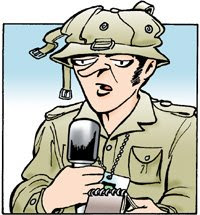 At every opportunity, we have given the corporate-controlled media all the brickbats and spitballs we had available. But in keeping with the show's new Corporate Motto--Always Look On the Bright Side of Life (see last issue)--this week we let a smile be our umbrella. As my auto mechanic keeps advising, Positive to positive, and negative to ground! Cheerful chap, wot?

Some fine print-journalism and fine photojournalism are being done today, especially by "independent journalists." The term is hard to define. As a very rough definition, consider the category to include all journalists who don't receive a regular paycheck from a mainstream, corporate-owned "news-gathering organization." 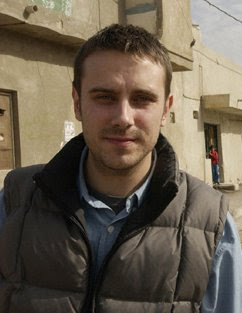 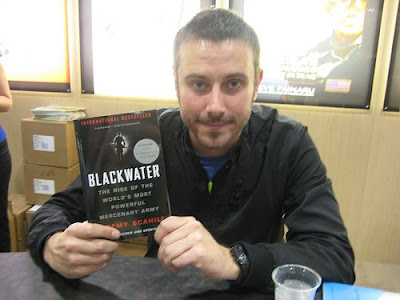 Jeremy Scahill at work: abroad and at home.

New York Times reporters are Out. Veteran correspondents Robert Fisk and Patrick Cockburn are In (Britain's Independent being owned by a nonprofit foundation). Seymour Hersh is In (works for Conde' Nast). Anyone on network TV is decidedly OUT.

Needless to say, In are many talented young journalists who are freelancers or practically so. Notable among these many talented people are three award-winners who have done some fine reporting on (and in) the Middle East: Dahr Jamail, Mohammed Omer, and--our focus this week--Jeremy Scahill.

Scahill--author of the recent book, Blackwater--is a very good reporter and a perceptive and often funny storyteller. I'll read aloud his fine story about a police riot in Miami that the mainstream media pretended not to notice. 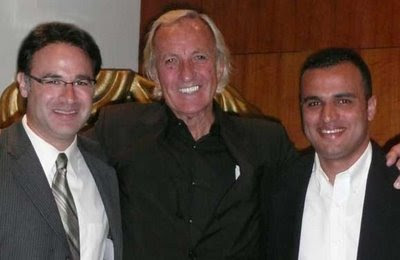 Then Scahill will talk about how he stumbled into the "Alternative" press, about what happened when he appeared on cable news shows and began condemning the U.S. invasion of Iraq, and--less amusingly--about the U.S.'s decade-long unreported war against the people if Iraq (throughout the 1990s).

Yes, Clinton killed nearly as many Iraqi civilians as both Bushes combined. Scahill and Kathy Kelly (NWN #39, December 2, 2008) were both reporting from the scene, trying to get Americans to see what was happening.

Amateurs like Scahill and Kelly can waste their time however they like. Serious, professional corporate journalists know the real Story of the Decade when it comes down the pike in a white SUV! 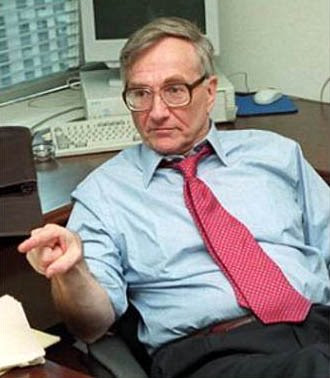 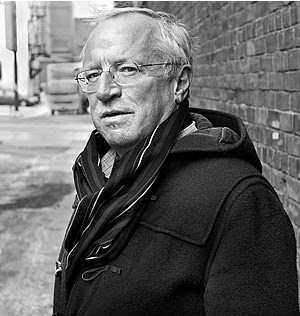 Top: Seymour Hersh (U.S.). Bottom: Robert Fisk (Lebanon & U.K.)
So you might have missed the story about the million Iraqi civilian deaths. our "leaders" caused. Deaths from malnutrition. Deaths from diseases that should have been prevented and could have been treated, but for the US-UN "embargo." Deaths from the bombing that never stopped between the two official Gulf wars. Deaths ordered by Clinton--whom we eventually impeached for ejaculating without a license. 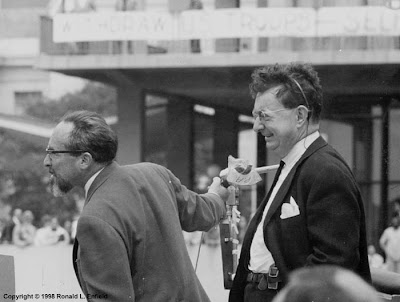